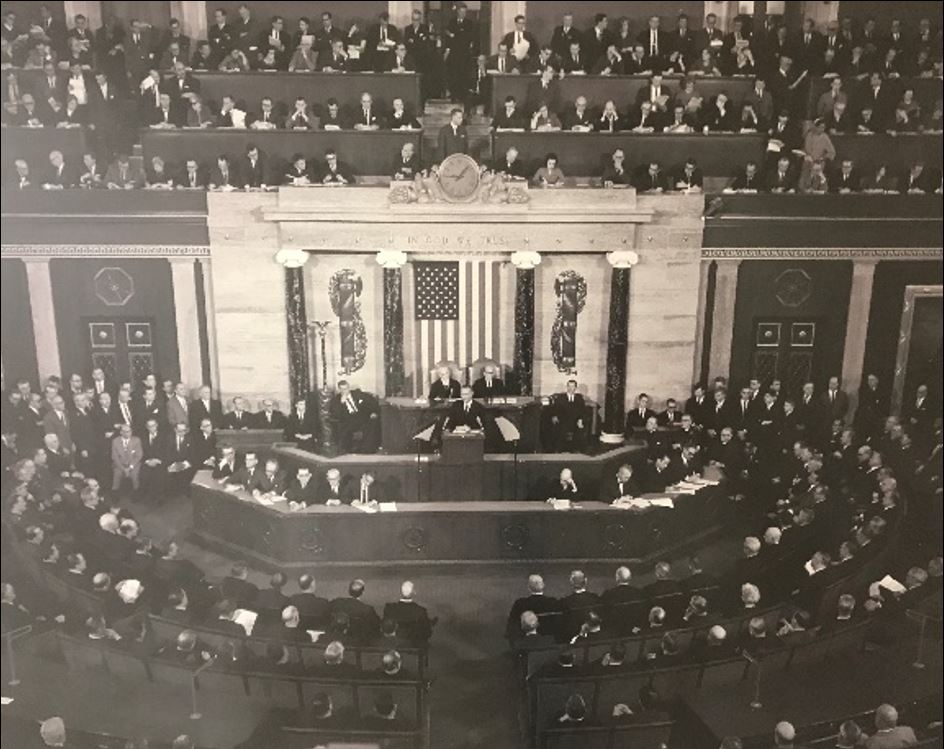 The Press Galleries were created in 1841 when the Senate set aside 10 seats in the front row of the Old Senate Chamber immediately above the presiding officer’s desk for use as a “Reporters Gallery.”

In 1877, a committee of reporters petitioned the Speaker of the House to allow them to regulate admission to the gallery. The House adopted rules providing for a Standing Committee of Correspondents in 1879 and the Senate followed suit in 1884.

Since then, many distinguished journalists have passed through the gallery doors to cover what is arguably the most scrutinized political institution in the world. But a closer look at the history of the galleries suggests its beginnings were not as distinguished as its membership. In fact, some of the earlier standing committees took an elitist view of news reporting in Washington and fashioned rules based more on a policy of exclusion than inclusion. Their policies were chiefly responsible for making it all but impossible for women and minorities to cover the Hill and led to the establishment of the Periodical, Radio-TV, and Photographer’s galleries. On the plus side, it was also responsible for establishing an ethical standard for reporters seeking gallery credentials. 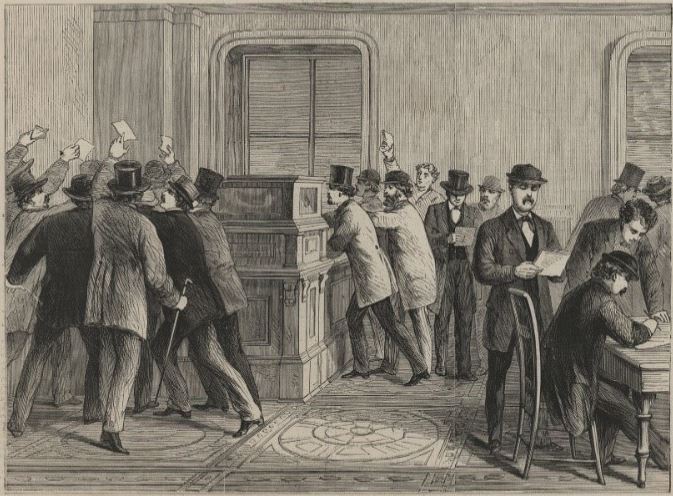 During the formative years of the Republic, journalists who wanted to cover Congress needed the approval of the Speaker of the House and the President Pro-Tempore of the Senate. News reports were provided by politically subsidized newspapers like the National Intelligencer and the Washington Globe. Biased and often incomplete, these accounts were reprinted and distributed to newspapers nationwide. In 1873, the Senate Rules Committee took over the duty of approving reporters.

The National Intelligencer and the Washington Globe covered floor debates, but newspapers wanted to know how policies adopted in Washington affected the local economy. By the 1820s regional reporters began to appear in the nation’s capital, and after an initial period of wariness, members of Congress warmed to the idea of speaking directly to the hometown press.

In 1844, the first long distance demonstration of the telegraph occurred in the Capitol. It not only transformed the way news was reported, but 35 years later, set one of the standards by which admission to the press galleries was determined.

Creation of the Standing Committee of Correspondents 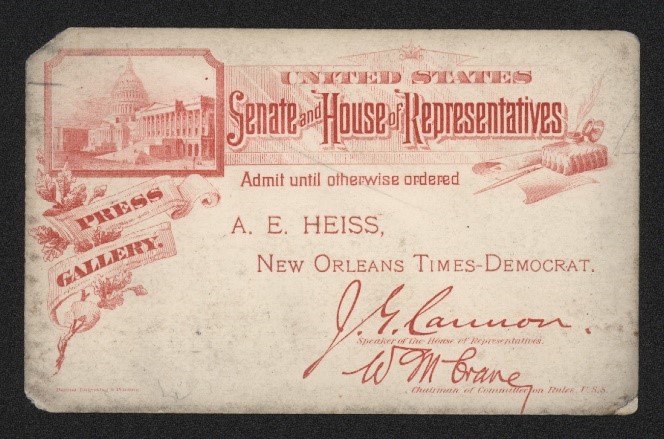 One motivating factor to creating the Standing Committee of Correspondents was to rid the press galleries of lobbyists, or “claims agents” as they were once called.  From the early days of the Union, newspapers paid correspondents only during the months Congress met. To supplement their income, these correspondents often worked as staff aides to members or committees. In the post-civil War era, business interests either paid reporters for their inside information or reporters would use the information to indulge in stock speculation. Lobbyists also posed as newsmen to take advantage of the access to news sources available to reporters. Members of Congress were never sure when they were interviewed if the questioner was a reporter, a lobbyist posing as a reporter, or a reporter selling his services to a lobbyist. Sensing a loss of credibility to their profession, reporters persuaded the Speaker in 1879 to allow them to regulate admission of reporters to the press galleries. The Senate followed suit in 1884. New rules required that reporters work for daily newspapers that send their dispatches by telegraph. The rules also barred reporters from working for the Executive Branch (although not the Legislative Branch) and required them to apply to the Speaker of the House for gallery admission and to the Standing Committee of Correspondents for authentication.

Women and Minorities in the Press Gallery 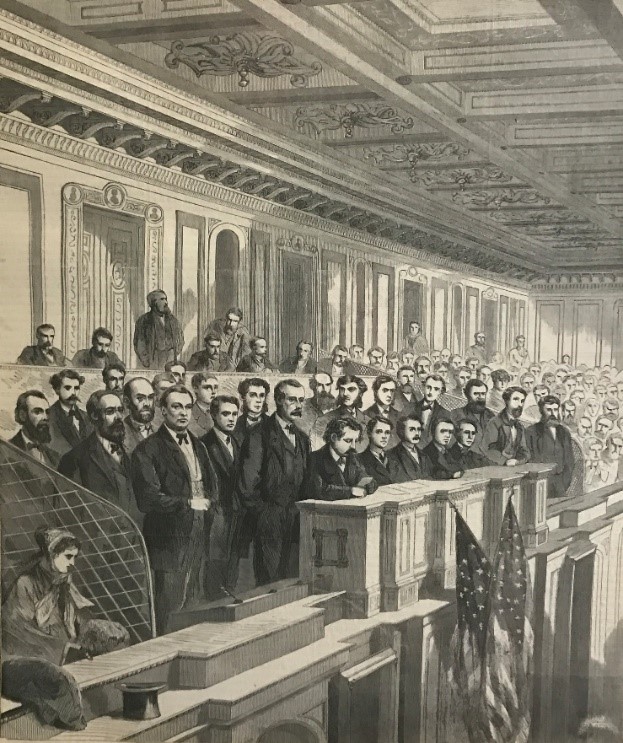 There were consequences, intended or not, when the new rules were adopted. African American newspapers were weeklies and did not qualify for credentials. Women covered social news, not political news, and sent their stories by mail, not telegraph. In the 1870s, Frederick Douglass and his sons covered Congress for the New National Era, a weekly black paper. The year after the new rules went into effect, there were no African Americans represented in the press galleries. It wasn’t until 1947 that an African American was again given credentials, and that came about by order of the Senate Rules Committee.

Women first gained a seat in the press gallery in 1850, when Jane Grey Swisshelm persuaded Horace Greeley of the New York Tribune to buy her letters from Washington and Vice President Fillmore assigned her a seat in the Senate Press Gallery. Her tenure was brief, lasting just one day, but her presence managed to startle reporters and senators alike.

The first woman reporter in Washington may have been Anne Royall, who published the Paul Pry and The Huntress from 1831 to 1854. She allegedly once followed John Quincy Adams to the Potomac where he took his morning swim and sat on his clothes until he consented to answer her questions.

In 1879, there were 20 female reporters in the galleries. A year later there were none. They were not readmitted until World War II.

Photographers, periodical and radio and television correspondents also fell prey to the rules established in 1879. Since they did not put out a news product that was transmitted by telegraph to daily newspapers, their applications were rejected. In 1939, radio reporters took their case to the leadership, who created both the Radio and Periodical galleries. In 1953, television correspondents were added to the Radio galleries, and in 1956, the Senate Press Photographers Gallery was established.

No Floor Proceedings are available to display at this time.

As compiled by the Clerk's Office More
More ~~
No committee calendar events are scheduled for this date.